This last weekend, I went to Hack the Midlands.

I've never done a hackathon before this and it was one of the best experiences I've ever had. Along with a couple friends, I built Kitten Kollector. Essentially, think Pokemon Go with kittens. Because reasons. 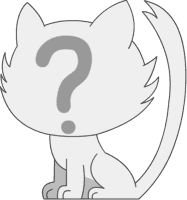 Building it was a lot of fun:

I did a lot of stuff badly, and the whole thing barely hangs together. But as I've learned, that's kind of the point. Your database is mounted in /tmp? That's fine. Don't worry about it.

Aside from building a cool thing, I also did a few other things.

Speaking of the last one there, there were some truly amazing projects. Of course, there were some fairly simple ones (like mine), but everyone had tried equally hard to build something they could show off at the demo.

From looking at what everyone else built, I've learnt that I should probably try to be more ambitious in future hackathons. I played it fairly safe, using a familiar language and a number of fairly basic libraries, not using anything super foreign to me. The projects that I was blown away by used new APIs from the sponsors, incorporated AI and machine learning, and used all of the tools and skills that their creators had available.

Next time, I'll take more risks, do something that is less likely to all work out. I'll use a language that I've never used before, or add some cool ML in. And if it all falls down? At least I'll have learnt something new.