Introduction to heredocs in Dockerfiles

As of a couple weeks ago, Docker's BuildKit tool for building Dockerfiles now supports heredoc syntax! With these new improvements, we can do all sorts of things that were difficult before, like multiline RUNs without needing all those pesky backslashes at the end of each line, or the creation of small inline configuration files.

In this post, I'll cover the basics of what these heredocs are, and more importantly what you can use them for, and how to get started with them! 🎉 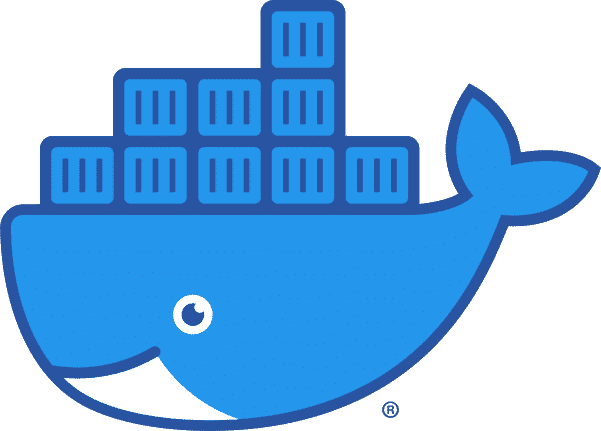 BuildKit is a toolkit for converting source code to build artifacts in an efficient, expressive and repeatable manner.

Essentially, it's the next generation builder for docker images, neatly separate from the rest of the main docker runtime; you can use it for building docker images, or images for other OCI runtimes.

It comes with a lot of useful (and pretty) features beyond what the basic builder supports, including neater build log output, faster and more cache-efficient builds, concurrent builds, as well as a very flexible architecture to allow easy extendability (I'm definitely not doing it justice).

You're either most likely using it already, or you probably want to be! You can enable it locally by setting the environment variable DOCKER_BUILDKIT=1 when performing your docker build, or switch to using the new(ish) docker buildx command.

At a slightly more technical level, buildkit allows easy switching between multiple different "builders", which can be local or remote, in the docker daemon itself, in docker containers or even in a Kubernetes pod. The builder itself is split up into two main pieces, a frontend and a backend: the frontend produces intermediate Low Level Builder (LLB) code, which is then constructed into an image by the backend.

You can think of LLB to BuildKit as the LLVM IR is to Clang.

Part of what makes buildkit so fantastic is it's flexibility - these components are completely detached from each other, so you can use any frontend in any image. For example, you could use the default Dockerfile frontend, or compile your own self-contained buildpacks, or even develop your own alternative file format like Mockerfile.

To get started with using heredocs, first make sure you're setup with buildkit. Switching to buildkit gives you a ton of out-of-the-box improvements to your build setup, and should have complete compatibility with the old builder (and you can always switch back if you don't like it).

With buildkit properly setup, you can create a new Dockerfile: at the top of this file, we need to include a #syntax= directive. This directive informs the parser to use a specific frontend - in this case, the one located at docker/dockerfile:1.3-labs on Docker Hub.

docker/dockerfile:1.3-labs is part of the labs channel of buildkit and so includes support for the new heredoc syntax. However, it may not be suitable for use in a production environment, so use your best judgement.

With this line (which has to be the very first line), buildkit will find and download the right image, and then use it to build the image.

We then specify the base image to build from (just like we normally would):

With all that out the way, we can use a heredoc, executing two commands in the same RUN!

Now that heredocs are working, you might be wondering - why all the fuss? Well, this feature has kind of, until now, been missing from Dockerfiles.

See moby/moby#34423 for the original issue that proposed heredocs in 2017.

Let's suppose you want to build an image that requires a lot of commands to setup. For example, a fairly common pattern in Dockerfiles involves wanting to update the system, and then to install some additional dependencies, i.e. apt update, upgrade and install all at once.

Naively, we might put all of these as separate RUNs:

But, sadly like too many intuitive solutions, this doesn't quite do what we want. It certainly works - but we create a new layer for each RUN, making our image much larger than it needs to be (and making builds take much longer).

So, we can squish this into a single RUN command:

And that's what most Dockerfiles do today, from the official docker images down to the messy ones I've written for myself. It works fine, images are small and fast to build... but it does look a bit ugly. And if you accidentally forget the line continuation symbol \, well, you'll get a syntax error!

Heredocs are the next step to improve this! Now, we can just write:

We use the <<EOF to introduce the heredoc (just like in sh/bash/zsh/your shell of choice), and EOF at the end to close it. In between those, we put all our commands as the content of our script to be run by the shell!

So far, we've seen some basic syntax. However, the new heredoc support doesn't just allow simple examples, there's lots of other fun things you can do.

Just remember! Heredocs are scripts -- therefore, you probably want to exit after the first error, instead of erroring on just the final command. To do this, you have three options:

My personal preference is the last option, since it requires only a single line of your Dockerfile to change.

But let's say your setup scripts are getting more complicated, and you want to use another language - say, like Python. Well, no problem, you can connect heredocs to other programs!

In fact, you can use as complex commands as you like with heredocs, simplifying the above to:

If that feels like it's getting a bit fiddly or complicated, you can also always just use a shebang:

There's lots of different ways to connect heredocs to RUN, and hopefully some more ways and improvements to come in the future!

Heredocs in Dockerfiles also let us mess around with inline files! Let's suppose you're building an nginx site, and want to create a custom index page:

And then in a separate file index.html, you put your content. But if your index page is just really simple, it feels frustrating to have to separate everything out: heredocs let you keep everything in the same place if you want!

You can even copy multiple files at once, in a single layer:

Hopefully, I've managed to convince you to give heredocs a try when you can! For now, they're still only available in the staging frontend, but they should be making their way into a release very soon - so make sure to take a look and give your feedback!

If you're interested, you can find out more from the official buildkit Dockerfile syntax guide.